This DC son has a heart and soul that is all rock and roll.  With over a decade of experience playing in groups ranging from RnB and hip hop to Punk rock and heavy metal, Jay’s complex guitar leads have been described as hypnotic and his complex rhythms and mind-bending riffs are simply unforgettable. He is a multi-instrumentalist with skills in drums, piano, percussion, synthesizerssequencing and sound production.  He has a dedication and a love of music like no other.  His influenes are all over the board and includes Jimi Hendrix, Johnny Thunders, Iggy Pop, Eddie Hazel, George Clinton, The killers, Incubus, Mike inziger, Oliver Rodriquez-Lopez, The Mars Volta 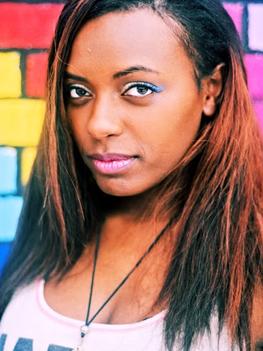 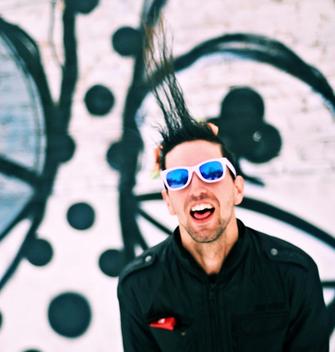 Charles Maven, an illustrious musician, visual artist & performer, based out of the DC Metro area, has been creating hyper-pop and piano-laden beats for the past couple of decades with a flourish of rock and roll, hip-hop, among many others.  At the age of 8, in the suburbs of Rochester Hills, Michigan, he began developing his craft after his first piano lesson.  He  delved into different realms, from the ballads of Andrew Lloyd Weber to the bone-crushing styling of Queen's Bohemian Rhapsody, and Iron Man by Black Sabbath, on his upright Steinway with mostly broken keys.  Since then he has developed his voice to match the sound with an all-around package that must to be heard to be believed.  He has had the pleasure of working with the likes of Ghian Wright and Niko Bolas, both multi-talented and Grammy-winning producers/engineers, as well as playing in several different projects as  singer /keyboard player, and two successful European tours. He is a strong advocate for LGBT, racial and human rights. Now, with his current project, RadaR, Charles is unmistakably in every way the new Justin Bieber.
The last line was a joke, lol.    Here's the real one.
Now with his current project, RadaR, Charles is ready, along with his fellow sound-makers Jay, and Robzie to take on the world wave by wave, city by city, heart by heart, beat by beat.  Once you hear him, you will never forget him. 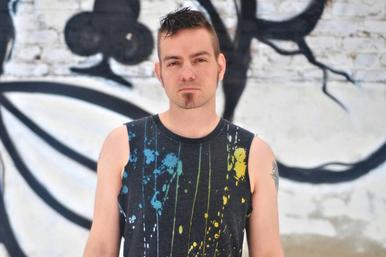 ​A Jamaican/Panamanian blooded drummer/percussionist born and raised in the Nation's Capital, Robzie has always been extremely driven to make people dance. To date, her accomplishments include collaborations with Grammy nominated producer/mixer/engineer Ghian Wright, working with Multi Grammy Award Winner/ Gold and Platinum Record Producer/Engineer, Niko Bolas, and touring with multiple projects as a hired gun for established artists in studios all over the US. Her first tour was at the young age of 13 in a youth HipHop Band which took her up and down the East Coast.  During her formative years, summer vacations were spent honing her skills and playing for various projects of many genres, namely, Alternative Rock, Funk, Pop, Punk, Hip Hop, and of course DC's coined style of Go-Go. She credits her ability to do all she has thus far to her mentor, Grammy winning percussionist, Rudy Bird, who has worked with Lauren Hill, Nas, Amy Winehouse, Kenny Garrett and many other notable artists.  2013 was spent traversing Europe on a very successful tour, which led her to eventually launch RadaR along with fellow-founding band-mates Charles Maven and Jay Ford.