RadaR Recieves Silver Award for Rock/Alternative from the Song Writers Association of Washington in January 2018! Watch Their Performance at the Gala below!

RadaR is a DC based Indie Dance/Rock band who formed in 2014. RadaR garnered traction after the release of their first single "Give Up On The Now" in May 2015. They rose quickly in the local scene having performed at high profile festivals and making local radio appearances. In January 2017 RadaR was awarded by the Song Writer's Association of Washington for their song "Any" from their first EP, Wavelength Vol One. RadaR was recognized again with the Silver Award for Rock/Alternative by the Songwriters Association of Washington in 2018 for their song "Rage" in January of 2018. (Video Below Of Their Performance at the Gala)

Charles and Robzie joined forces with Jay after numerous tours in a collaborative project on which they worked with Grammy winning producers and engineers such as Ghian Wright and Nico Bolas at Capitol and Village Recorder studios. Jay, having just returned from musical adventures throughout New Mexico, was looking to expand on his musical ideas and the three joined forces in mid 2014. Joey, who is also the bassist for Capital Offender (signed to Bad Taco Records), was always working musically with Jay and eventually completed the foursome. 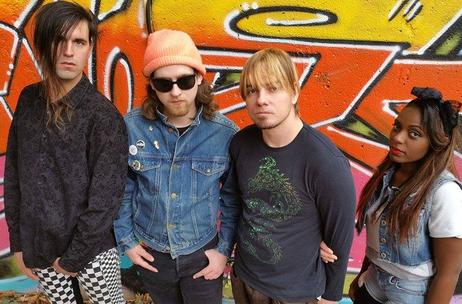